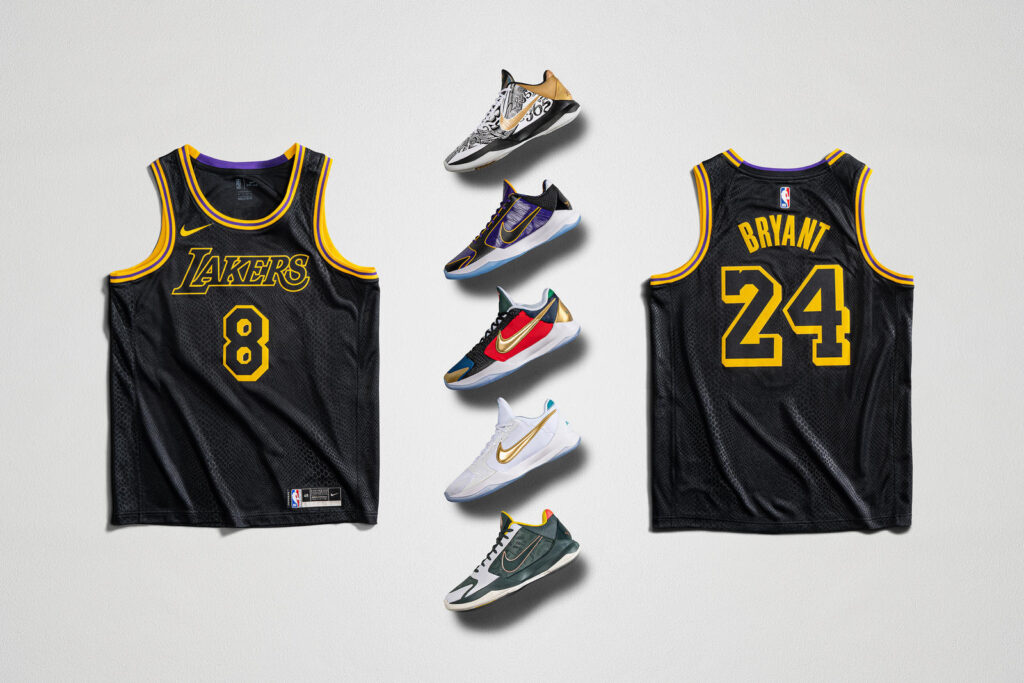 From the desk of Nike ready for Kobe 5 Protro Mamba Week:

Kobe Bryant’s remarkable impact on the game of basketball also applied to footwear design. Throughout his career, Kobe pushed Nike Basketball to explore the competitive advantages gained through low-profile, highly-responsive design. It was an aspirational challenge as much as it was a technical one. For Mamba week Nike has lineup a series of Kobe 5 Protro to help celebrate the special moment.

Kobe Bryant (1978-2020) inspired people around the world with his ability on the basketball court and his work ethic off it. Kobe’s relentless determination to be the best at anything he touched continues to live on through the millions of fans that he influenced during, and after, his 20-year NBA career. Starting Sunday, August 23, Nike will honor Kobe with “Mamba Week,” a week full of programming and retail launches celebrating Bryant’s enduring legacy. It isn’t normal to list “five-time NBA champion” and “Oscar winner” in the same biography, but nothing Kobe did was ordinary. When he introduced his “Mamba Mentality” in 2012, it was an insight into what drove his relentless pursuit of perfection.

Throughout his career, and even after his retirement in 2016, Mamba Mentality became an indicator for something extraordinary in the world of sports. Athletes who channeled Kobe’s instinct or flair for the clutch were branded with the moniker. Kobe himself instilled it in the young women he coached in his retirement, including his daughter Gianna, who naturally embodied the next generation of Kobe’s relentless competitiveness.

During Mamba Week, Nike will champion Kobe’s legacy and the Mamba Mentality that so fittingly represents the athlete and the man through three key efforts: providing a $1 million donation to the Mamba and Mambacita Sports Foundation, amplifying Kobe’s message through the Mamba League and extending Kobe’s legacy of inspiration and innovation through select Kobe products.

Commitment to the Mamba and Mambacita Sports Foundation

As a part of championing Kobe’s legacy, the Nike Foundation will make a $1 million donation to the Mamba and Mambacita Sports Foundation in memory of Kobe and Gianna. The foundation, whose mission is to make a positive impact through sports, will use these funds to further Kobe’s goal of keeping kids active and putting them on a path to success in life. It specifically focuses on kids in underserved communities who may face financial barriers to sport and on providing equal sport opportunities for girls.

In 2017, Kobe partnered with Nike to create the Mamba League with Boys & Girls Clubs throughout Los Angeles. The league, which strives to enroll an equal number of girls and boys and engage female coaches, is focused on giving kids a place to learn basketball fundamentals and be inspired by the game. The league and coaches instill Bryant’s message of Mamba Mentality — work to get better every day, on and off the court.

One of Kobe’s enduring legacies are the products that he created with Nike. Bryant was a driving force behind each shoe’s creation, guiding Nike’s design and innovation teams to make the best product possible. Kobe’s relentless pursuit of perfection is credited by many throughout the Nike design community for making them better at what they do. Nike will continue to release Kobe Protro shoes, allowing the millions of fans he inspired around the world to keep Bryant’s legacy going. Nike will also continue to work with the NBA to release limited quantities of Bryant’s iconic Los Angeles Lakers jersey. Products will begin releasing in late August, coinciding with Kobe 5 Protro Mamba Week.