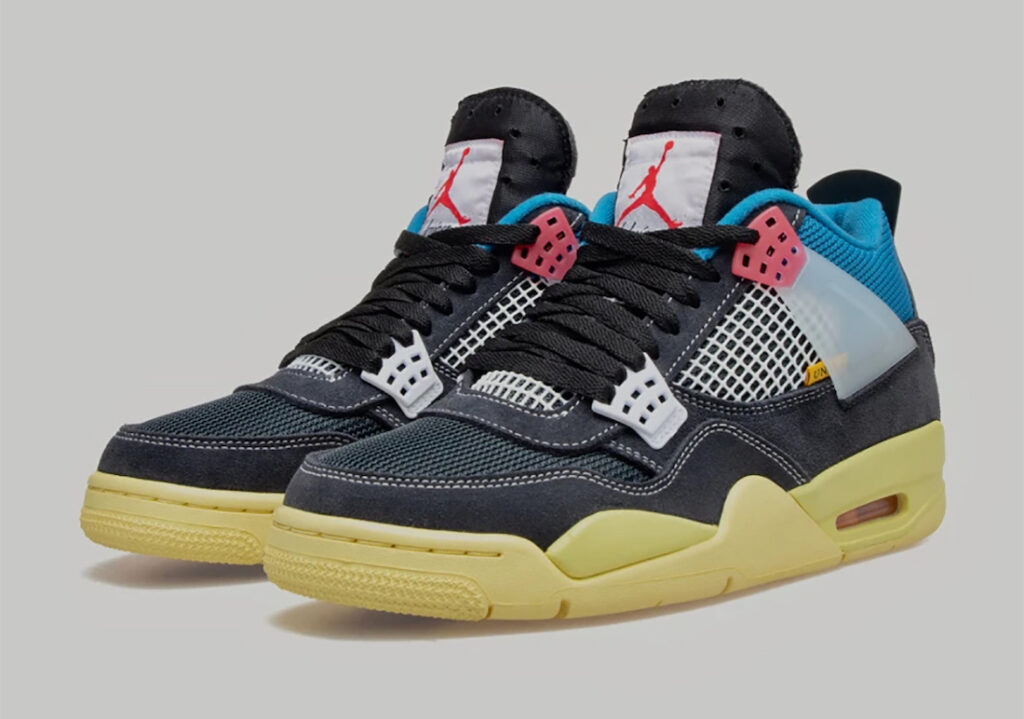 Following the widely successful release of the Air Jordan 1 High OG in 2018, drawing a huge crowd online, along with an insane resell value, Union LA follows-up with the upcoming Union Air Jordan 4 Off-Noir. Rumors of UNION LA x Air Jordan 4 SP began swirling around last summer. After conversations with Complex and Union’s own, Chris Webbs, hinted at the Air Jordan 4 the center of focus for their next collaboration. Shortly after, the retail giant goes on to confirm the news on their Twitter handle. The message sent sneaker advocates into a frenzy with graphic designers building speculative mock-ups at an incredible rate, with all resembling previously released Union x Air Jordan 1 High OG.

Fast forward to Summer 2020, images of the shoe began surfacing the web showcasing the first color option dressed in “Off Noir/Brigade Blue-Dark Smoke Grey-Light Fusion Red” while the other said to be a Union’s exclusive dressed in “Guava Ice/Light Bone-Brigade Blue-Light Fusion Red. Look for the Union x Air Jordan 4 OFF-NOIR and Guava ice to release at select retailers, including UNION stores and possibly SNKRS.

For their sophomore album, Union LA pivot to their second favorite; the AJ IV. The pair comes in mix suede and mesh fabrics. For the suede, they used a thick but plush suede-like what’s found on Birkenstock sandals. For the mesh, they went with an old school mesh like the OG sneakers of the 80’s. The colors continue the narrative; they started with the AJ 1’s; black, white, red, and blue. The good news here is that the stitch can easily be removed to reveal a standard tongue size if that’s your preference. Another fun detail is that with the tongue folded over the original “AIR JORDAN” interior branding now becomes external. The other major thing they did was editing the shoes’ paneling to create a slightly different shape to the shoe. Lastly, they added a yellowed outsole to give a kind of antiqued look, like the Air Jordan 1.

Look for the Union Air Jordan 4 Collection to release exclusively at UnionJordanla.com